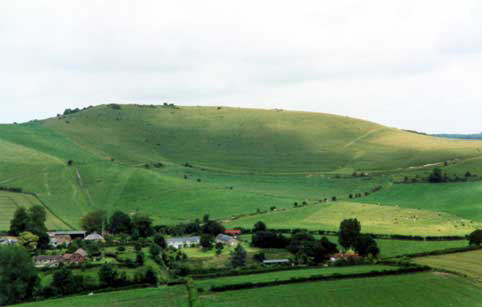 Melbury Hill is one of the highest points on the Dorset Chalk Escarpment.

It is capped by an outcrop of the Blandford Chalk division of the Upper Chalk, and its lower slopes are formed of Middle and Lower Chalk. It stands out above the general crest of the Chalk escarpment and thus it is likely to be an important remnant of an erosion surface that was cut by rain and rivers during the middle of the Tertiary Period.

Its particular dominance suggests that it may be a subdued hill rising from this erosion surface -a monadnock, in geomorphological terminology.

Access : Unrestricted, but in general visitors should adhere to the main footpaths.

Size of Party : Unrestricted, but upper limit of 30 suggested