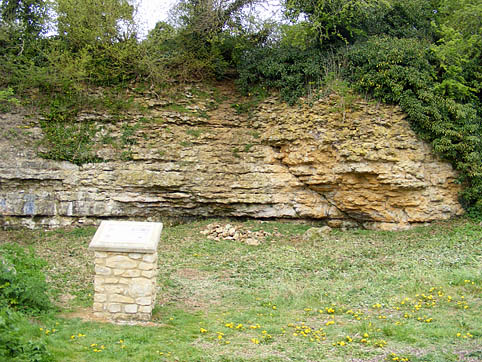 The two remaining disused quarries in Quarr Lane, Sherborne are the last-worked in a series on the north side of Sherborne. Stone has been quarried here since the 12th century to build the old castle, the Abbey and the town of Sherborne.

The Sherborne Building Stone is present in several thick beds of limestone that have provided ashlar and worked stone for all types of building. The Rubbly Beds above were used for road stone. The value of this site is in the history of building materials as well as the scientific study of sedimentology. Rubble which has accumulated on the floor of the quarry may provide opportunities for limited fossil hunting. The quarry in the public open space shows the Rubbly Beds and about one metre of Building Stone, the lower part having been covered by a rubbish tip. The Northern Quarry, where the section was measured, is kept locked in order to prevent fly tipping. 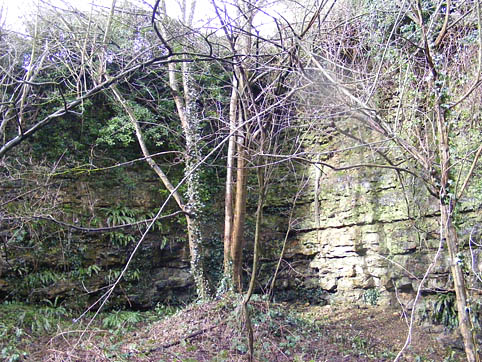 Parking: at the side of the lane, with care.

Size of party: up to 30 in both quarries. Some broken glass remains on floor – strong shoes and gloves recommended, in addition to hard hats. The public open space is recommended for younger students.

Education level: Suitable for all ages.

References:
BUCKMAN SS 1887-1907: The ammonites of the Inferior Oolite series. Monograph of the Palaeontographical Society London.

RICHARDSON L 1930: The Inferior Oolite & contiguous deposits of the Sherborne district. Proceedings of the Cotteswold NFC 24, 35-85.

TORRENS HS 1969A: Field meeting in the Sherborne-Yeovil district. Proceedings of the Geologists’ Association, 80, 301-30.