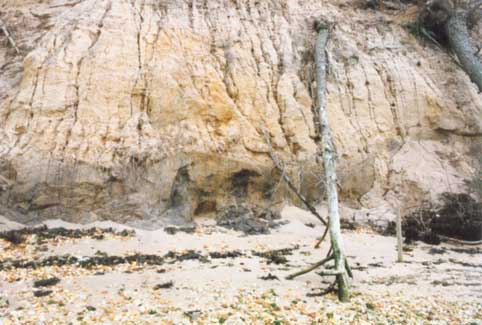 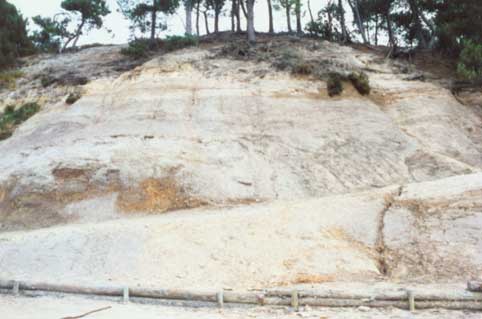 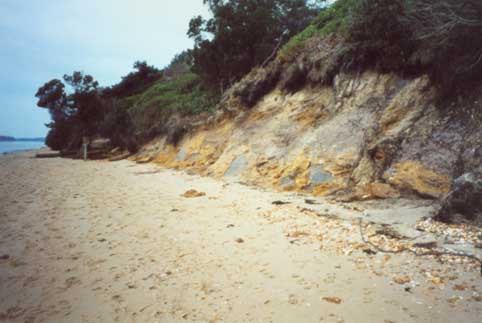 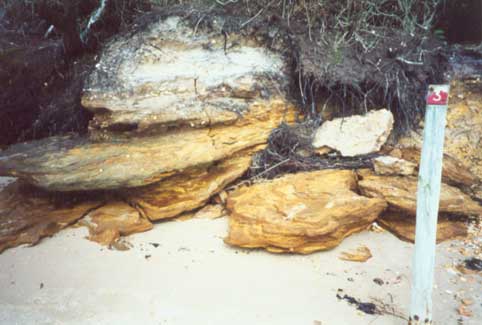 The North Shore, which is only accessible at low tide, shows a section of the Parkstone Clay, with a small section of Branksome Sand at the top of the cliff.

The Poole Formation consists of an alternating sequence of sands and clays, the sands being deposited by a river and the clays in marine lagoons following a rise in sea level.

The Parkstone Clay is the uppermost part of this Formation and is succeeded by Branksome Sands which consist of eight fining-upward cycles of cross-bedded sands. These may represent beach-barrier or estuarine channel deposits. (The Bracklesham Group is roughly equivalent to the Bagshot Beds on the old geological maps, but has been renamed following greater understanding of the environment in which they were formed.)

Size of party: No limit.